Home
Crazy Laws
22 CRAZY LAWS From Around The World!

From a fruit you’re not allowed to eat in the park to a clothing item women aren’t allowed to wear, today we look at 22 Crazy Laws From Around The World!

Number 22. Suspicious Salmon Handling You can’t handle a salmon under suspicious circumstances in Britain. It is not tolerated and may lead to jail time if convicted. While meant to reduce poaching, the law as written is sufficiently vague to capture quite a wide variety of potentially innocent salmon handlers. Dont get caught, despite the lure.

Number 21. Skirting The Law Up until 2013, it was forbidden for women to wear pants in France. The law originated in 1799 and had its roots in the french revolution in which rebels wore trousers rather than the standard knee-britches worn by the bourgeoisie. The government wanted to prevent women from being part of the revolution and they saw banning pants as a way to achieve this. In 1892, les autorits saw fit to allow women who rode horses to wear pants, probably jodhpurs. Then in 1909, they extended the same fashion freedom to the femmes riding bicycles.

Nothing had changed since then. And you had to be sure to report all those tight-jeans-wearing supermodels you saw in the ads to your nearest gendarme (French police). The government had maintainted that it wasn’t worth the effort to remove the law despite its inherent inequality. Finally on January 31, 2013, after over 200 years, France officially revoked the law. The sans-culottes law wherein French women who wanted to dress as a man had to get permission from the police was declared null and void by the French government. Rest easy, women. Wear em if you got em.

This legislation seems sexist to us. What next? No blaring television or radio? It turns out that using the shower between 10 PM and 6 AM is also taboo. Cant get anything done in Switzerland at night, can you?

Number 19. Anti-Bloomberg This one’s not so much crazy as just interesting.

In May 2012 then-Mayor of New York City Michael Bloomberg proposed a ban on the sale of large sodas, pitting public health concerns against personal freedom. The soda ban, officially called the Sugary Drinks Portion Cap Rule, was unanimously approved by the New York City Board of Health but was finally stopped by the New York Court of Appeals. Fast forward to 2013 and Mississipi is the state with the highest obesity rate in America. So it should come as no surprise that they passed a so-called anti-bloomberg law which *banned any bans* on foods to prevent any attempts at a law similiar to the one proposed in New York. Chalk one up for personal freedom… and another for Diabetes.

Number 18. Never Forget In Samoa, it is illegal to forget your wifes birthday. The history of this law seems to be lost in antiquity, but most sources suggest it is a way to prevent dead husbands. We agree.

Number 17. Singapore Gum Sales Ban You cant sell gum in Singapore. Under the Regulation of Imports and Exports (Chewing Gum) Regulations [sic], no gum is to be bought or sold in Singapore.

The penalty for a first-time offense is up to $100,000. Its either that or two years in prison. There are two exceptions to the strict prohibition. You can obtain a prescription for dental or nicotine gum. The gum is then purchased directly from the doctor. Spitting the gum on the street is a fine of $700. Chew on that for a while.

Number 16. No Kissing in Dubai Give a kiss, go to jail. Thats the way it is in the Muslim country of Dubai.

Muslim culture does not allow any public displays of affection. Even holding hands can get you into trouble. Muslim governments enforce this. In this case, the woman who reported the incident did not even see the smooch but was told about it by her two-year-old child. The British lovers lost their passports and were sentenced to a year in jail. They appealed their case in court, but the appeal was turned down. The experience doesnt seem to have cooled off the romance, however. We heard they returned to Britain and got married.

Number 15. Just Punishment If Bangladeshi children, 15 years of age or older, are found to have cheated on their final exams, they can go to jail.

Every year the government runs a massive media campaign reminding the students of the consequences of cheating. There are strong cultural taboos against cheating, so it seems that there would be much support at home, too. Not a bad plan, perhaps.

Number 14. Watch Your Step In Thailand, it’s against the law to step on money. The Baht is their currency and depicts the Thai King. Defacing images of the Thai King is quite illegal and will land you in jail immediately.

That can ruin your whole trip. Look before you leap, its worth it in Thailand.

Number 13. Believe Its Not Butter A 19th-century law banning the sale of yellow margarine still stands in Missouri. This protectionist law was put on the books to keep margarine from eating into real butter makers profits. Its not clear how much good the law is doing now. Maybe its on its whey out. Still, if you are convicted of buying yellow margarine in Missouri, you face up to a month in jail and a $100 fine for your first offense. Try it again, and you do six months and pay $500. Once more and youre toast.

Number 12. Not So Free License You need a paid government permit to practice metaphysics in Santa Cruz, California. The Application for Permit to Practice Metaphysical Sciences costs $140. For your money, you get permission to perform an inquiry into the nature of Reality and the science of being The dimension of self-discovering that occurs inside the study of Scientific Metaphysics has you live with peace, joy, and with full self-expression. And if you buy, rent, or lease the right office space for your practice, you have a great view of the Pacific ocean, too.

It sounds like California to us. Do metaphysical scientists wear lab coats?

Number 11. Straight as an Arrow In the UK, many laws from the Middle Ages still exist today. Heres one that is still on the books. It requires that all males over the age of 14 be trained to shoot the English long bow. 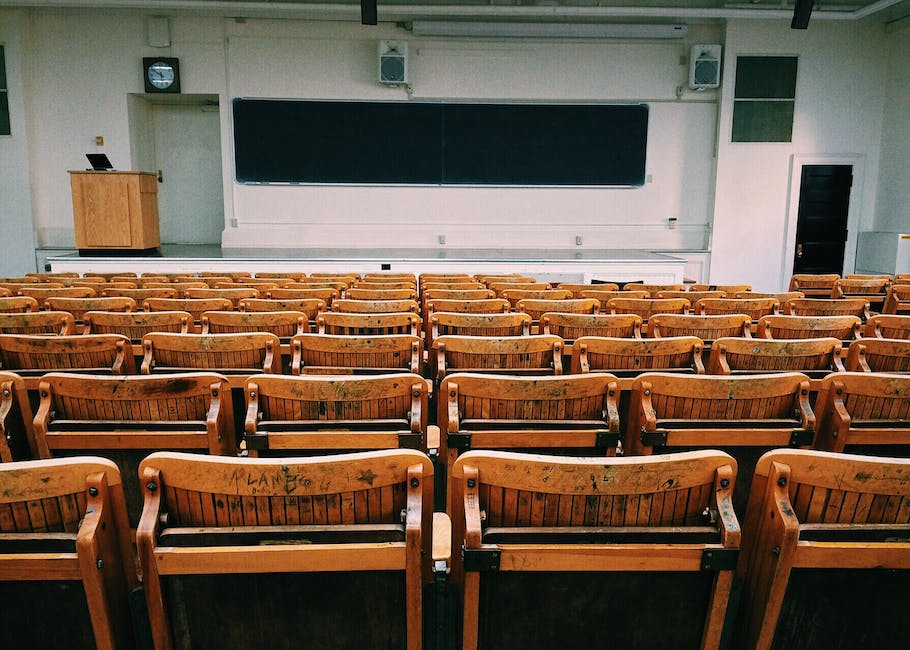 The purpose of the law was to make sure there were sufficient archers for the defense of the country. Daily two-hour practice sessions are mandated. To keep the youth focused on their archery skills, the 13th-century law also prohibited other types of inappropriate sports and games such as tennis, football, quoits, and dice. It makes sense. It is hard to protect an entire empire with a tennis ball and a pair of dice.

Number 10. Free as a Bird It’s forbidden for an unmarried woman to parachute on Sundays in Florida. Apparently, Florida needs a way to keep unmarried women on high moral grounds, just not high in the air. There being no active unmarried-female-parachuting constituency behind them, politicians havent bothered to repeal the law yet or update its sexist language. So unmarried men can drop down out of the sky all they want. On Sundays. In Florida. Its not clear whether parachuting on other days is legal or not, regardless of the womans marital status. But Sundays are forbidden.

Number 8. Quiet City In New York City it’s against the law to honk your horn.

Seriously. A $350 fine is assessed if you do. That is why the City That Never Sleeps is seldom noisy or rude. Taxi cabs routinely wait their turn silently. Patient and polite drivers motion each other to please take this parking space, Ill get another. New York is known for its understated calm and pleasant atmosphere. Laws like this are clearly the reason for such civil cooperation. Okay kidding aside, while it’s still not allowed and still carries a fine, the city has taken down the “Don’t Honk” signs in an effort to declutter it’s streets. In 2012 the city issued only about 200 citations for honking compared to about 140,000 tickets for using a cell phone while driving.

Number 7. Dont Be False Throughout history, rightly or wrongly, women have had to submit to their husbands for many things. Some would argue that is was wrong in every case. But in Vermont, it is unclear what was going through the heads of their state lawmakers. Vermont still has a law on the books making women obtain written permission from their husbands to wear false teeth.

Written permission. Is it a safety law? Hygiene? Self-defense? Whatever. We believe in freedom of denture choice for every human being. Since this law is never enforced, it doesnt seem to have any teeth to it.

Number 6. Protecting Nature In Ohio, it is against state law to get a fish drunk. Apparently a reference to watershed runoff regulations, alcohol can poison fish that are then eaten by other animals. Some say this law might be an urban myth. There is disagreement on this point. Still, no one believes you should get a fish drunk. Tipsy, maybe, on special occasions.

Number 5. Watermelon Wrongdoing It’s a hot summer day and you’re having a picnic in the park, what refreshing fruit do you choose to eat to cool off? If you happen to be in Beech Grove, Indiana, hopefully you didn’t say watermelon because you’d be breaking the law. The law stems from an apparent problem with watermelon rinds piercing the public trash cans thereby causing a mess when it comes time to empty them. Thankfully busy police offers don’t have time to actually enforce the law.

Number 4. Making an Entrance There is another long-standing law in England. It is forbidden to enter either of the Houses of Parliament wearing a suit of armor. It could be because its impossible to tell whether or not youre wearing your socks. But mostly its likely that the racket it makes is loud, and the screaming of the politicians, lords and Prime Minister cant be heard above the din.What a pity that would be.

Number 3. Have a Ball In the UK, firing a cannon within 300 yards of a dwelling house is also right out. Move your cannon farther away if youre going to be setting off any salvos. Much farther away. The neighbors will appreciate it. Plus, its the law. Youll lose both your cannon and your freedom if you dont.

Number 2. Dont Bomb In the UK, as of 1998, causing a nuclear explosion is against the law. Dont do it. Really. We believe that this is something that upon which we can all agree. But we have one cause for concern.

There is a little known British law that allows the Duke of Cornwall Prince Charles to set off a nuclear bomb legally. Why? Something to do with a Duke’s property rights going back centuries. We dont think they counted on this though. It is disconcerting. Lets hope hes never close to a real bomb. It might go off. And it would be perfectly legal.

Number 1. Born Again, Please? Tibetan monks need to seek permission from the communist Chinese central government to reincarnate. Chinese authorities, seeking the power to choose the next Dalai Lama, have taken steps to institutionalize the management of reincarnation. Any Buddhist monk living outside China specifically Tibet is forbidden from reincarnating without government permission.