Home
Lawyer
Why Are LAWYERS SO DEPRESSED?! Tetris Effect in Action

A practicing lawyer is 3.6 times, 3.6 times more likely to suffer from depression than other similar professions. Why does this happen? What can you learn about it and how can you apply this to have more happiness and a better life in your own life regardless of whether or not you’re a lawyer?

Now, contrary to a lot of stereotypes, lawyers are not actually more likely to get divorced than other people, but I think looking at math, there could be some other factors protecting them on this side such as being, people being terrified of getting divorced from a lawyer.

Yet, this depression number is still there, three point six times more likely to get depressed. So, why does that happen? You might think it has to do with longer working hours or stress, work conditions, ambition, things like that, but even when you equalize for those factors, the depression still stays there. So, why does this happen?

Well, before we can get into why it happens, you need to understand a phenomenon that happens with our brain in terms of our pathways and elasticity. So, for the longest time, scientists thought that our brain stayed put. You had your brain, that was it. Nothing ever changed. It wasn’t until fairly recently that researchers discovered that our brains were elastic, that things could change and the more we did certain activities, the more we would think differently, and that part of the brain would grow.

One such study looked at London taxi drivers, and they found that the part of the brain around spatial skills, you know, navigation, direction, all that sort of stuff was significantly larger in taxi drivers and no, it wasn’t that people who had a you know real good sense of direction became taxi drivers, but actually being a taxi driver especially in a city like London which has such strict requirements for them actually led people’s brains to change. Another experiment shed some light on this where they had monkeys repeat a very similar movement over and over and what they found is that over time, as the monkeys kept repeating, that the part of their brain responsible for that movement grew new pathways, and they thickened and thickened and thickened until the monkeys could actually not stop doing this, it had become such a repetitive action that they train themselves to do it and they could not stop doing that.

So, now that we’ve got that out of the way, I want to introduce you to the Tetris Effect, and this effect explains why depression is so high in lawyers, and how it can also impact other professions such as entrepreneurs. Now, the tetris effect is named so because what they found is that people who would play this game Tetris, after hours and hours of playing, would be walking around at their city and they would start to see shapes and everything. You look at a building and think, “Hey, could I take that building and turn it and put it there, and then we could turn this,” and they would basically have changed their brain, changed their way of thinking because they were playing Tetris for too damn long.

Now, how this relates to lawyers, is that as a lawyer, what do you start to train your brain to do? First, you start to train your brain to spot errors, to spot things that are wrong. Next, you’re training your brain often to argue with people or catch them in a lie. Or, sadly, even if you know someone is telling the truth, to argue with them anyhow and make them look bad or prove that you’re right even if you know you’re not. Last thing that comes up as a lawyer is billable hours.

Show me the money. You are working in a big law firm. You need to be billing a set amount of hours, and you’re always thinking, “Can I be billing for this? Could I be making money for this?” Like, “Should I be charging for this?

” “Hey, out for lunch, is this a billable hour?” Now, think about these three things here, right? Looking for flaws and other people’s arguments, finding out that people are liar, always trying to be right, and then thinking about your time in terms of money, billing constantly.

So, you’re doing this at your office ten hours a day, 12 hours a day, and then you come home. Now, think of the Tetris Effect. 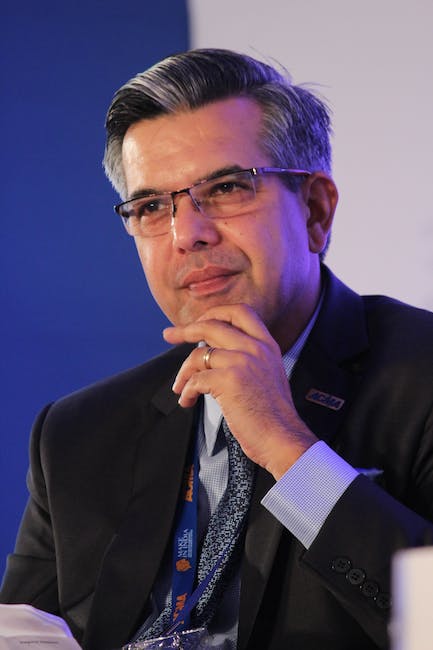 Do you think it’s going to be easy to turn off that part of the brain, the part of the brain that always sees the flaws, the mistakes, sees people as lying, catches what is wrong? No, of course not. And so, what’s been found is that lawyers will tend to have a lot of issues with their family and with their spouse because they will have trained their brain so much to always look for these things, look for what’s wrong, look for an argument.

And then, the other thing that comes in and this really applies to entrepreneurs, as well is the billable hours. One of the things that’s really important whether you are a lawyer or an entrepreneur is to start to think of the value of your time, right?

That you’re not wasting time, that you’re, “Okay, I am worth a hundred dollars an hour,” right, and so you’ve structure your days that way, and that’s great in the professional environment, but what happens when you’re trying to disconnect from work becomes really hard to spend time with your significant other, with your kids, with your friends if you’re thinking in the back of your mind like, “This dinner doesn’t cost me twenty dollars, this dinner cost me two hundred and seventy dollars, because if I was with a client right now, that’s how much I would earn,” and unfortunately it’s really hard to initially get away from this belief.

So again, you’re training your brain to think a certain way in the professional context, and it’s very hard to turn off that way of thinking because you’re strengthening those ties right, you’re growing those connections in your brain. And as they grow, it becomes harder and harder to stop that behavior. So, what can we do about it? So, the first step is an easy one for you, it’s just awareness of this.

Now that this has come to your attention, you’ll start to notice these thought patterns. Maybe you’re hanging out with friends and you start to think, “I could be working now,” and you’ll be able to catch yourself with it.

Now, a more active thing you can do is just start to train your brain to see the positive things. So, one easy practice to do this is gratitude practice, where you essentially make a list of all the positive things in your life. A lot of people do this on a daily basis and it’s very effective for retraining your brain.

If you start to make a list every day of five things you’re happy about from that day, what you’re doing is you’re training your brain because it’s thinking, “Alright, at the end of the day, I’m going to have to make a list of five good things,” so you’ll start to notice the good things more, and that will actually retrain your brain and help counteract the tendency to focus on the negative. Now, in terms of the “Time is money” attitude which can be so destructive to relationships, what I’ve personally found is helpful for that, is just to shift my beliefs. If you believe that you could always be working, then you’re going to have this in the back of your mind, right? “I could be working now instead of this,” and then you start to become more impatient with people, your partners, your family start to have a lot of trouble enjoying the moment because you’re thinking, “I could be working, I could be making money,” so for, you know, whether or not it is true, and I do think it is, one of the things that has helped me is just changing my belief and acknowledging that you only have a limited work capacity, that I have maybe six or eight hours in a day, that if I don’t take weekends off, I don’t recharge and my work suffers the next week.

True story, this is actually true, so if I don’t take weekends off, I notice my Monday, Tuesday, Wednesday really suffers, my creativity goes and I’m not as sharp.

Whether or not that is true for you, acknowledging this belief basically, creating this belief for yourself where you say, “I have to take a day off,” or, “I have to take two days off,” and in that moment then, you’re not thinking, “I could be working,” because you’ve shifted your, your thought system, your belief so that you don’t work in those times. You take weekends off and that way, you’re not having these beliefs about, “I could be making money, I could be working,” and that should allow you to relax in the moment and enjoy it more. How could I possibly be expected to handle school in a day like this? Now, i’m going to make follow up video on this, so do subscribe if you’re interested in this topic and you’ve enjoyed this, where I’m going to explore more about the Tetris Effect in other areas of our life and how our day-to-day little actions or habits that we might not even notice can actually be having a huge impact on our lives, because we’re retraining our brains.

And I’m going to go through some areas that you might be doing this and some of the consequences that you may not even realize are happening because of these small repetitive behaviors.

So, subscribe for that. Again, I publish new videos every Monday, Wednesday, and Friday and I would love to see you in them. In the comments section below, let me know if you’ve experienced this Tetris Effect before in your own life, and if so, how did you experience it and did you do something about it to change it? Thanks for watching, catch you in the next one..