Everyone knows we need laws to keep us safe. But some laws can be a little crazy Here are the top 10 most ridiculous state laws, Stay tuned to number one to see why it is impossible to break. Number 10: Massachusetts, can’t sing only half the national anthem. If you start with “oh say can you see” in Massachusetts, you’d better remember the rest of the words, because it is illegal to sing only part of the star-spangled Banner. According to the law, you cannot sing the anthem other than “as a whole and separate composition.

” In fact, violators can be fined up to $100. The same law makes it a crime to play the national anthem as dance music, which is really too bad because you could imagine the national anthem making a really rockin mix with a Katy Perry song! The law is listed as a crime against government in the state, So it was presumably intended to stop people from disrespecting the anthem.

Which makes sense, but what if you have a really bad voice? Honestly for some people…continuing to sing the anthem would be more of a crime against humanity than stoping! Number 9: Alaska – can’t be drunk in a bar In Alaska, it’s not illegal to get drunk in a bar, But it is against a law to remain there once you are drunk.

And, you can’t get around this law by hopping from one bar to another because it’s also illegal to enter a bar when you’re drunk. You also can’t wait outside and pay someone else to get you a drink because the same law makes it a crime to deliver alcoholic beverages to a drunk person. Ok, I think I finally have a way around this. Nope! Still not! You can’t even get around the law by owning the bar, because it’s against the same law to serve drinks while drunk! That clever Alaskan legislature…always one step ahead. If you have to leave a bar when you’re drunk, you might wonder why you’d go there in the first place. But for us the bigger question is, in a state as cold as Alaska why would you want to throw the drunk people outside? If this were really enforced wouldn’t it be a safety hazard to have all those drunks wandering around in the snow? Someone might…pass out on a moose! Number 8: Colorado – snowball fights are illegal.

Speaking of snow, Colorado has banned the classic winter pastime of throwing snowballs. The same law also bans catapults, which definitely seems more reasonable. But it makes us wonder, why on Earth are the two grouped together?

Is it a slippery slope? Do Colorado kids start out throwing snowballs and work their way up to siege engines? We’re also not sure how this is enforced. Do the police round up roving games of eight-year-olds and throw them in the pen? Do they raid snow Forts and arrest kids just for having piles of ammunition? Or is there an exemption to owning snowballs for “personal use?” Now, one would think that relying on informants could work, but it’s risky.

You know that any kid who testifies is going to get pelted the minute he walks out of court. All in all, enforcing this law might not be the best use of Colorado’s police resources and our guess is it’s pretty far down on the cops list of priorities. Number 7: Wyoming – no pictures on public land. Most Ridiculous laws are old ones, but here’s a law that was passed as recently as 2015. It is now a crime in the state of Wyoming to take pictures on public land if those pictures are “submitted, or intended to be submitted to any agency of the state or federal government.” Apparently there are some polluted streams in Wyoming, and the state wasn’t happy that people were taking pictures of them as evidence that they violated water quality standards. So they banned the pictures. Problem solved…right? Number 6: Rhode Island – must warn drivers when passing. You probably broke this law if you’ve driven in Rhode Island. When passing another car, you must give a timely, audible signal like honking your horn. Failing to do so could get you an $85 ticket. Maybe this law dates back from the days when cars were rare, but, imagine nowadays if everyone honked their horn every time they passed another car.

You couldn’t hear yourself drive! In fact, obeying this law could be dangerous. If you honk your horn at every car you passed, how long before you trigger someone’s road rage? They’d be furious! They’d probably try to run you off the road…the whole time you’d be trying to communicate using hand signals “I’m not mad at you, I’m just trying to obey this stupid law!” So if you find yourself driving in Rhode Island, our advice would be…lay off the horn and risk the ticket. I should also mention that following our legal advice is never recommended, so you’re on your own. Number 5: New Jersey – can’t wear a bulletproof vest when murdering someone. Now here’s a law that goes into the “is that really necessary” bucket. In New Jersey, it is illegal to wear a bulletproof vest when committing a murder. While we can all agree that wearing a bulletproof vest while committing a murder is a bad thing, you would think what’s really bad about this is the, you know, committing a murder part! 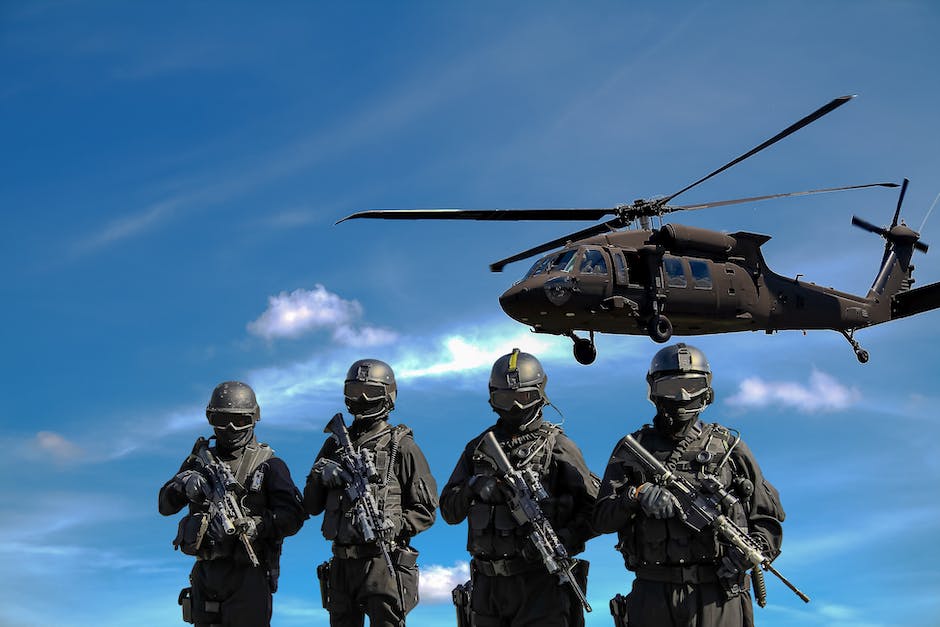 Not the Wearing a bulletproof vest part, right? And there are already, you know, laws against murder. You might think that the idea is that wearing a bulletproof vest shows that someone expected to get into a gun battle, so maybe it proves they planed the murder? But you shouldn’t need a special law to use that as evidence for premeditation. And the law also applies to other serious crimes like robbery, rape, assault, and kidnapping. This law was probably created just to give the police more to charge a suspect with, but we highly doubt it would impress a jury. Imagine the prosecutor saying, “not only did this man rape and murder a young woman, but he did it while wearing a bulletproof vest!” Our not so unexpected legal advice here? Don’t commit murder! Number 4: Oklahoma no bear wrestling or horse tripping.

Say that one 10 times fast! But this is actually a twofer! The same Oklahoma law Prohibits both bear wrestling and horse tripping. But, strange enough, no other animal mistreatment is mentioned. Apparently the tripping of Bears and the wrestling of horses is completely legal. No, this law is very specific. It doesn’t just make it illegal to promote, engage in, or be employed at a bear wrestling exhibition or horse tripping event, it also Prohibits giving any substance to a bear, injecting any substance into a bear, or causing a bear to ingest or inhale any substance for the purpose of bear wrestling. It’s good that they added for the purpose of bear wrestling, though, I think they wanted to clarify that it’s okay to cause your bear to ingest or inhale substances as long as you don’t force them to wrestle afterwards! Horse tripping is defined as causing an animal of the equine species to fall or lose its balance. But, the drafters of the law made sure to add that it does not include the lawful laying down of a horse for medical purposes, or for the purposes of identification.

Clearly bear wrestling and horse tripping were (or are) a real thing in Oklahoma? So it’s not ridiculous to ban them, but… you’d think they could have made the law a little more general. Otherwise, what’s to stop wolf biting and cow lifting from becoming that next big craze? Number 3: Nevada – can’t use x-rays to determine shoe size. It’s a misdemeanor in the state of Nevada to operate or maintain any shoe fitting device or shoe fitting machine which uses fluoroscopic, X-Ray or radiation principles. These shoe fitting machines, called pediscopes, were a big thing in the mid 20th century. Salespeople used them to draw in customers, claiming that the machine would give them the perfect fit! Customers would try on a shoe, then put their foot in the pediscope.

The idea was that the salesperson could directly see where their toes were inside the shoe. In reality, the pediscope didn’t help that much in determining shoe size, because shoe size doesn’t just depend on your bones, but also…

you know…on the flesh around them. Which the x-Ray didn’t show anyway! And of course it isn’t healthy to expose yourself to radiation. The pediscopes were supposed to have shielding so that the x-Rays only hit the foot, but there was always leakage and sometimes the shields were removed to improve the image quality, or make the machine lighter. The salespeople themselves were the most at risk, since they were exposed to radiation many times a day,.

But it certainly wasn’t healthy for anybody. Eventually, everybody figured this out and pediscopes went the way of the dodo bird. But Nevada was way ahead of the curve and banned these machines in 1960. The law is still on the books! Number 2: Pennsylvania – Can’t barter a baby As far as we know, Slavery and human trafficking are illegal in the state of Pennsylvania just like everywhere else. But apparently those laws weren’t enough for the Pennsylvania legislature because they enacted a law to ban the trading or bartering of infants. Here’s where we’re somewhat confused, though.

We’re not sure if the prohibition against trading is meant to cover trading your baby for some concrete good – like a really nice car, or, if it’s meant to stop people from swapping babies with each other.

Like, “hey Johnny’s really great with a bottle. I’ll trade you him for Suzy and a first-round draft pick!” But if you do get caught bartering babies in Pennsylvania don’t worry too much, because there’s a silver lining. It’s only a misdemeanor!

Number 1: Washington – no harassing Bigfoot. Our prize for the most ridiculous law goes to Skamania County, Washington, where it’s against the law to hunt or harass the creature commonly known as sasquatch, yeti, bigfoot, or…giant hairy ape.

This law was passed in 1969 after a film had come out supposedly showing the creature. It made killing Bigfoot a felony punishable by five years in prison. In 1984, Skamania County realized that the felony charge exceeded its authority, so it reduced the killing of Bigfoot to only be a misdemeanor.

It also updated the ordinance to declare Skamania County a sasquatch refuge. Now, we have no word on whether it’s legal in the county to trap unicorns or steal gold from leprechauns. Which law did you think was the most ridiculous? Let us know in the comments below! As always, don’t forget to subscribe and, of course, click the links to watch another of our informative videos!.

So what happens when a country gets really serious, really …